Dance is one of the oldest forms of art, and it is seen in every culture and performed for a variety of purposes. In modern society, dance is widely recognized as a form of entertainment: many people enjoy dancing for fun or watching their favorite artists dance on stage or screen. It can also be a form of sport: there are dance competitions of various types. In addition to these obvious functions, however, there are other more complex roles dance can play in a society.

Sometimes dance serves to help teach social rules to young members of a community. A kind of dance called the minuet is a good example. The minuet originated in France and by the 18th century had become popular among the European elite. In Britain, debutantes, or upper-class women about to make their entrance into adult society by attending their first dance, were strictly trained for their first minuet. They usually danced it before a crowd of people who would critically observe their movements and behavior. This dance taught them how to behave like a member of high society. One writer, in fact, called the minuet one of the best schools of manners ever invented.

Dance has also been used to make sure that adults follow the rules of their community. An example comes from research conducted in the mid-1990s on dances performed after hunts by the Mbuti Pygmies, an ethnic group living in parts of Central Africa. Suppose something had gone wrong in the hunt. For example, an opportunity to catch an animal was missed because someone neglected to perform their role of hitting the ground to drive the animal towards the hunters. Later, a dancer would act out the event to show the wrong action and perhaps embarrass that person. It is easy to imagine that this would discourage behavior that could ruin a future hunt.

In some cultures, dance can be a way of displaying power. For instance, there is another report from the mid-1990s describing how the Maring people of New Guinea would hold dances to show their military strength and recruit allies for possible battles. Although battles often occurred after these dances, it is also said that these dances could contribute to peaceful solutions among enemy groups. Through the dances, a group's size and strength would become obvious to potential opponents, and this could help avoid a fight.

Through dance, groups can also exhibit their traditions and, thus, increase their prestige. An example of this is the world-famous Trinidad Carnival in Trinidad and Tobago, a Caribbean island country that was once a European colony. The roots of this event can be traced to the late 1700s, when the European colonists held a carnival, dancing in elaborate costumes. People of African origin, many of whom came to the island as slaves, were mostly excluded. After slavery ended in 1838, they started to participate fully and changed the character of the carnival. In their dances, they acted out scenes from the slavery period and displayed their own traditions. Their performances were a way for them to show past injustices and to earn recognition for their customs.

The roles of dance discussed here, maintaining traditions and demonstrating group strength or cultural richness, have one shared effect: they unite members of a group. Dance is not just an artistic expression but a way for groups to strengthen their shared identity. Though it may not be apparent, this effect may also apply to us. For example, there might be dances unique to our local regions that we participate in. Why do we take part in such activities and how did these dances originate? Considering the role of dance in our lives can lead to interesting discoveries about the history or values of our own society. 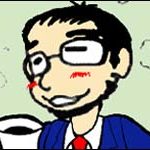 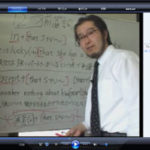 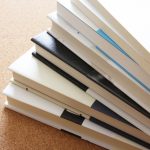